Mastering Jujitsu (available here, or here in the US) was written by Renzo Gracie and John Danaher, and I would assume that the latter's academic background in philosophy is the main reason the text is unusually eloquent for a martial arts book. Both men are well qualified for the task of writing a martial arts instructional book, as both hold high ranks in Brazilian jiu jitsu. Renzo Gracie is a legendary figure in the sport, having also competed many times in mixed martial arts. John Danaher is one of Gracie's black belts, and a well-regarded instructor in his own right, teaching out of Renzo's New York academy.

Their book begins with a modified version of the introduction to Renzo's previous book, Theory and Technique. This opening segment contains a brief outline of the sport, discussing the origins of jujitsu (the breadth of this investigation is probably one of the reasons the title is 'Mastering Jujitsu' rather than 'Mastering Brazilian Jiu Jitsu'), also musing on the most plausible historical explanation for the development of martial arts in general. There is an extended section on Jigoro Kano, the founder of Judo, and in particular his groundbreaking innovations in training methodology. That theme of what Matt Thornton has called 'aliveness' (see his blog for more details on the concept) continues throughout the book, convincingly arguing the benefits of non-compliant training in a sport setting.

I've been careful with purchasing any supplemental material for my BJJ training: I'm conscious of not wanting to get ahead of myself. After a few months of BJJ, Mastering Jujitsu was perfect for me, providing good holiday reading for a long holiday I took to the Caribbean. Rather than trying to cover as many techniques as possible, Danaher and Gracie approach a small selection of fundamental tactics and strategies, detailing the principles through a text-heavy approach (there are a few black and white photos for each technique, but the description relies largely upon words). This follows on smoothly from the academically inflected historical summary, that same tone examining the basic techniques of mixed martial arts.

Due to this theoretically based perspective, I think Mastering Jujitsu works well as an introduction to the sport, doing a magnificent job of explaining the main principles and history. Its always a great pleasure to learn more about something you enjoy - I listen to podcasts for the same reason. I find that personalising a sport through the acquisition of background knowledge acts as wonderful motivation, which is exactly the function Mastering Jujitsu has served for me. 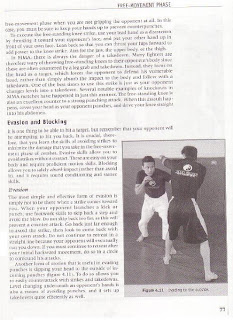 Danaher and Gracie do not only discuss the recognisable ground positions of Brazilian jiu jitsu, but also look at striking, as well as takedowns, footwork etc: again, this goes some way towards explaining the use of 'jujitsu' rather than 'Brazilian jiu jitsu' in the book's title. Mastering Jujitsu features a brief section on 'jujitsu for self defence' at the end, as well as discussion of competition and common issues in training, like conditioning and injuries. There are even case studies for each of the technical sections: for example, Royce Gracie is discussed in relation to winning from the guard position, or Randy Couture when looking at effective use of the clinch. The choice of fighters for the case studies is of course affected by the publication date, which was back in 2003.

If you've just started Brazilian jiu jitsu, or are thinking of taking it up, then this is the first book I would recommend you purchase. Instructional books and DVDs should be used as supplemental material by a student already training under a competent instructor: it would be inadvisable to attempt to purely learn Brazilian jiu jitsu from a book. It is also a good idea to avoid getting buried in books and DVDs as soon as you start BJJ, as at that stage, your time is better spent concentrating on class and getting used to the grappling environment by regular sparring.

Therefore, most books are best left until later on in your training. Mastering Jujitsu is one of the very few I would have no qualms about recommending to beginners, as it provides an excellent introduction to the sport in general, rather than a long list of specific techniques. Available for purchase here (for the US, click here).
slideyfoot at 18:57
Share