Eddie Bravo is a notable figure in Brazilian jiu jitsu, due to the no-gi strategy he has dubbed '10th Planet Jiu Jitsu', along with his various controversial views. He began training BJJ in 1994 under Jean-Jacques Machado, from whom Bravo received his black belt back in 2003. That same year, Bravo made his claim to fame by defeating the legendary Royler Gracie at the prestigious Abu Dhabi Combat Championship, a no-gi invitational event. Bravo was soundly beaten by his next opponent, Leo Vieira, but submitting a Gracie proved sufficient to provide him with a platform from which he could market his unorthodox take on Brazilian jiu jitsu.

[For more on the 10th Planet JJ system, see here]

Since Bravo's infamous ADCC victory, he has risen to prominence in the BJJ world: if you take a look through any BJJ internet forum, you'll notice varying opinions on the man and his approach to BJJ. There tends to be a division between those who swear by his nogi system as a groundbreaking innovation and those who feel it is a limited strategy which relies on flexibility (though as always with binaries, that is simplifying matters). I've not yet made my final judgement, lacking sufficient experience in both BJJ and Bravo's approach to the sport. One thing I can say is that beginners should steer well clear, instead focusing on the basics first. Unfortunately many white belts don't spend enough time on the fundamentals, getting overexcited by flashy videos they see on the internet.

However, this is not entirely the fault of Bravo, who could be compared to Rorion Gracie in his mixed public reputation, but superb command of marketing. The book which really made Bravo's name, Mastering the Rubber Guard, is a professional piece of work (in terms of technique, at least: I'll cover the introduction in a moment), methodically breaking down Bravo's approach to the bottom position in BJJ. Most of this revolves around what he calls the 'rubber guard', but because the aim is to lay out his entire system, the book does contain some material on other positions. For example, there is also in-depth coverage of the half-guard.

[Incidentally, Royler (who has a considerably more impressive pedigree in competition, having accumulated numerous titles both with and without the gi, as well as a 5-4-1 record in MMA) also has a nogi instructional volume on the market, BJJ Submission Grappling Techniques. While not as focused or detailed as Bravo's publication, Royler does cover a broader range of positions, and is probably a better choice for beginners.] 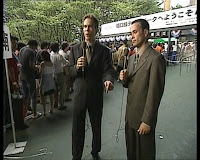 The introduction to Mastering the Rubber Guard is amusing, particularly if you've seen PRIDE FC 10. Bravo is one of the commentators for that event, and can be seen - a diminutive, clean-cut figure in a suit - at the beginning of the DVD. Things have changed a great deal since then: not only has Bravo become doused in tattoos, but he's also grown inordinately fond of smoking pot. He and his friend, UFC commentator and comedian Joe Rogan, fill the opening pages of Mastering the Rubber Guard with purple prose on just how wonderful they've found marijuana, along with certain life philosophies I can’t say I agree with either.

It's unusual that a book meant to help you with BJJ would spend such a significant chunk of its pages talking about weed, but then I was expecting that from the various mixed reviews on the net (e.g., this). It is also clear that if you take the intro at face value, Bravo believes strongly that ganja has been of great help to him personally, so not surprisingly he wants to talk about it: it's his book (for which he got free rein from his publisher), so despite my difference of opinion, I don’t mind a bit of distraction before getting to the technical meat.

While those aforementioned internet reviews tend to be understandably dubious about the pothead intro, the majority seem to agree that the BJJ material is well presented, if too advanced for white belts. I didn’t want to get ahead of myself (I was still a white belt myself when I got this for xmas), but someone posted on an internet forum mentioning the half-guard section could be useful earlier on, so this encouraged me to give at least that segment of the book a try. I often find myself in half guard, but have trouble getting a sweep/escaping from there, so at least one of Bravo's technical tips has been of use. I have often used the lockdown to knock my partner's leg out of position, in an attempt to disrupt their efforts at passing and/or submission.

Despite having originally got hold of Mastering the Rubber Guard back in Christmas 2007, the rest of the book is not something I plan to even attempt to incorporate into my BJJ until much later (when I'll also revisit this review, which at present – like the rest of this website – is aimed at beginners). Again, that is not to say that there is anything wrong with the technique or the manner in which Bravo teaches it. Each move in Bravo's canon is carefully explained, with numerous full-colour pictures and helpful textual accompaniment. Better still, it all fits together, so much so that Bravo can provide a flow chart detailing all the various connections from each position. By referring to this chart, you have clearly described answers to the common problems and obstacles hindering your application of technique.

Bravo's method of presenting an overview for his instruction is so good that it should serve as a model to other instructional books. The flow chart of technique is an excellent idea, and one that I've also seen Ed Beneville use in his more recent Strategic Guard. I'm not sure if Bravo is the first person to include a chart for a BJJ instructional in this way, but regardless, his usage is exemplary.

There is also an entertaining bit of introductory text from Bravo for most of the techniques, explaining how he came up with his frequently bizarre terminology (which some might find offensive, the most notorious offender being 'crackhead control'), and the origins of the technique itself. Contrary to criticism, Bravo does normally acknowledge his sources, rather than pretend he invented everything from scratch.

Nevertheless, for my current level, I feel it's too advanced. Once I have solid fundamentals, I'll be able to try out more complex strategies like the rubber guard, but for now, I'm perfectly happy working basic escapes from side control and developing my defence.

If you're a beginner, I would advise you do the same. Leave Eddie Bravo until later, rather than eagerly devouring videos you might have seen on the net, or what is available in Bravo's instructional volumes. A far better first choice of instructional material would be Mastering Jujitsu, after which you could progress to Ed Beneville's The Guard.

However, if you're flexible, have a good grasp of the fundamentals and are looking to add something different to your game, then Bravo has plenty to offer. I'd suggest Mastering the Rubber Guard could be useful at purple belt, but then I can only go by my own experience: more advanced students of BJJ, especially those who have found success with Bravo's material (e.g., Roger Gracie black belt Oli Geddes, who has a huge archive of his competitive videos here, was fond of Bravo when he was a purple, but I haven't heard him mention 10th Planet techniques as much since then) may have a different perspective.

There is also the argument that BJJ should be fun, so if you enjoy playing around with rubber guard and the like, that's up to you. Nevertheless, keep in mind that Bravo gained a black belt in 'traditional' BJJ (if that is even a viable term) before he became famous for 10th Planet JJ. It would be a costly mistake to think you could circumvent all the hard work he put in before he was able to develop a functional system. Available to buy here.

Update Dec 2012: Re-reading this review as a purple belt, which I received early last year, my opinion on Bravo has not changed. My summary would still be that his system and this book is potentially viable for advanced students with a considerable degree of flexibility, but should not be attempted by white belts. Unfortunately, white belts are still by far the BJJ demographic most likely to view 10th Planet as a magical shortcut that can bypass the difficult process of learning the fundamental techniques of BJJ. Speaking personally, I still don't feel I have sufficient mastery of fundamentals to start indulging in anything outside of those basics. I've also seen a number of training partners injure their knees due to rubber guard, which is obviously off-putting.
slideyfoot at 10:55
Share