The Bristol elections for Mayor are coming up soon, so my gf and I took the opportunity to hear what the candidates had to say regarding the issues we care about most: how their policies affected women. Bristol Women's Voice organised a hustings with a good selection of the candidates (I think there were a few missing, but as I was always going to vote for Daniella Radice, this was simply a matter of who would get my second choice vote). It was also cool to see some big names in contemporary feminism present too, like Finn Mackay (who gave a cracking response to George Ferguson's major stumble over the question of prostitution). There was an extensive Twitter feed on the event, which can be found here. I think either Tom Baldwin or Marvin Rees would be my second choice, based on that hustings.
___________________________________ 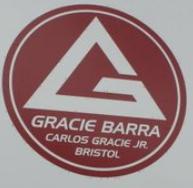 There are several ways to clear off spider guard grips. If they are in an orthodox spider guard, then there are four handy techniques you can use, all of which are covered in Beneville and Cartmell's excellent Passing the Guard. The first two relate to spider guard when they have one foot pressed into your bicep, the other on your hip. On the bicep-foot side, step up your knee. Still on that same side, bring your trapped arm down.

You want to angle your knee and your arm so that you bring their ankle across your knee. Continue to bring your arm down, leaving their foot behind stuck on your knee. Dip in low with your shoulder, under their leg, in order to underhook with the same side arm you just freed from their control. You can then immediately move into a single stack pass, gripping their opposite collar and driving your weight through their leg. If they get their foot by your shoulder, a knee cut pass to the other side may be easier.

A similar option is to again step up your same side knee, but this time, press it into the back of their knee. Thrust your hips forward to really push that knee in, in order to pop their leg off your arm. Then as before, dip and underhook the leg, moving around for the stacking pass on that leg.

When I last taught this lesson, I then added in two other variations from the book, for a slightly different version of spider guard. However, as I also wanted to add the basic approach to untangling the lasso from spider, that ended up with three technical sections last time, which is too many. I try to limit myself to two. So instead, I combined the lasso escape with one of the techniques I showed last time.

That technique is for when they control both of your arms with their legs, one extended, the other bent. This requires a different but still related pass. As before, you're going to drive your knee into the back of their knee, focusing on the leg they have bent. Pop that off your arm: Beneville recommends underhooking, or you can simply free the grip.

Either way, you then want to turn to face that leg, bringing your hips towards the other leg. That also means you can bring your knee on the other side into their other leg, where again you can use that pressure to remove their grip. From here, you could maintain your grips on their trousers, pushing them over to the side to pin their legs to the mat, then pass.

To finish, I wanted to make sure I quickly covered removing a deep spider guard lasso. The main problem is that your hand is pulled past their leg. Therefore, you need to pull it back, until you can walk your hand around the outside of their leg and break the grip: you may find it useful to bring your knee to bear, as in the grip breaks above. Make sure you immediately bring your elbow back inside, sufficiently tight that they can't re-establish the grip you've just broken.
slideyfoot at 20:30
Share