Following on from last week, Georgette moves into some more serious topics, related to the increasing role her blog has taken in addressing important social issues.

CAN: Has the online aspect of jiu jitsu been important as a support network, especially the large community of female BJJ bloggers?

I’ve never really felt that being a woman in jiu jitsu makes me feel picked on or in need of any additional, special support. I tend to look at it more like that there are some jiu jitsu people who are more aware of social issues and how they affect the community, then there are people who just don’t care about social issues, they only want to put their head down and train. I gravitate more towards the socially aware group, the socially conscious and interested group. CAN: The other big thing with your blog is that it’s shifted in content and tone over the years. It used to be a diary, then you added reviewing, but more recently that’s changed. It’s become more about broader social issues. When did that start happening?

GEORGETTE: I would say that really took off after the Team Lloyd Irvin scandal, when two of his students were accused of gang raping a third. I’ve always considered myself to be a journalist. Before I went to law school and during my studies, I worked as a photojournalist. As cheesy as it sounds, I do think that my blog is a form of media akin to journalism.

So, there was a time when I understood I couldn’t continue writing really personal feelings about training, competition, partners and educators, because I finally realised that there were a lot of people at my academy that did in fact read my blog. If I wrote something in a moment of frustration or sadness, it could strike somebody the wrong way and create a lot of friction in relationships that I didn’t feel was worth it.

So, I guess I started seeing my blog as a vehicle to potentially positively impact the community without hurting people’s feelings unnecessarily. A way of reaching a broader span of people, I guess.

CAN: Does that mean your blog has essentially become a news outlet?

GEORGETTE: Yeah, for me anyway. Especially when it’s Presidential election season. When Sarah Palin was out and about, she gave me so much material!

CAN: That’s true, you do often have non-jiu-jitsu material on your blog.

GEORGETTE: I just haven’t had as much time to blog, lately. My real job has gotten in the way of my fake job. But I love to write about cooking, politics, current events, all that kind of stuff as well. It used to be that I could get in an hour or half an hour of blogging every day, on my lunch break, in the evening or whatever. Now, I’m back to training as much as I used to and it’s hard.

CAN: Getting back to what you were saying earlier today about rape culture, you’ve really become a spokesperson within the BJJ community on that topic. Is that a role you welcome or one that has been thrust upon you?

GEORGETTE: I welcome it so long as I’m able to do or say things that are helpful for the community. I do feel like it has kinda been thrust on me, but I’m not unwilling. I think I offer a unique perspective because I’m an assault survivor and a crisis counsellor, as well as a prosecutor and a woman who trains jiu jitsu. So I think, at least based on some of the things I’ve been told, I’ve become a voice for other people who may feel the same way, but don’t have a soap box, a platform to stand on.

CAN: How much of an issue do you think it is within jiu jitsu specifically?

GEORGETTE: I’m sure that it’s representative in a typical proportion to the regular community. I don’t think there is anything about jiu jitsu that makes people more or less likely to be sexually assaulted, except possibly the fact that it is a community predominantly made of men and it does tend to reward a certain level of aggression, I think. There’s cliquishness too. A lot of people say that it’s important BJJ incorporates Brazilian culture and that this is part of a more ‘Brazilian’ attitude towards women. I don’t know enough about Brazilian culture to agree or disagree with that, but I don’t like the idea that Brazilian jiu jitsu ‘causes’ rape, or allows it in any greater proportion than regular society.

I don’t want that to be true. Even if it was, I don’t want that theory getting out and being publically acclaimed or confirmed. I want to think of jiu-jitsu as a safe place for everybody that trains in it, male or female, straight or queer. If we can’t police ourselves and make it a safe place, something needs to be changed. But I think it is the same as it probably is in any other community.

CAN: Do you think that there are any particular steps that can be taken to make it a safer environment? 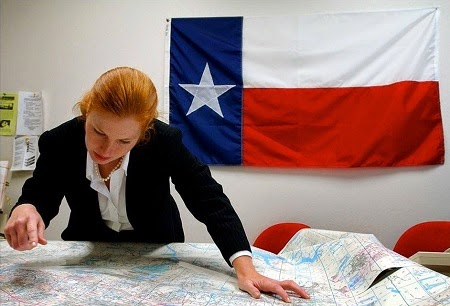 GEORGETTE: I do. I think there is a lot of talk about creating ethics codes or policies, instituting background checks, things like that. Sadly, Brazilian jiu jitsu does not have a national governing body the way that some other sports do, which could institute a top-down policy. I think it needs to come from the bottom up. Individual students and teachers need to create policies, try them out, try different variations to see what works. Grass roots change, as trite a phrase as that may be, is nevertheless the way to go.

The IBJJF, sadly, is a political and financial organisation that operates for its own profit and its own benefit. I don’t think, from watching what they have done over the last year and a half, that they are strong enough or brave enough to make great change happen. So I think it is up to the individual academies, teams and leaders to step up and write policies, require things like background checks.

CAN: Is there anything else you’d like to say to the readers of this interview?

GEORGETTE: I would welcome anyone who has more questions about writing an anti-sex abuse, anti-misogyny, anti-misandry policy for their school. I would encourage them to contact me, because I’ve probably had similar questions. Together we can probably find out the answer.