Article #7, by Can Sönmez 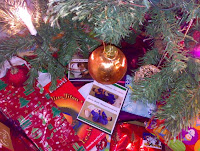 With the huge amount of BJJ instructionals on offer now, it is easy to slip into the mindset that you'll be able to overcome that stumbling block in your game through supplemental material. If only you could find the right submission, the right set-up, the right defence, you would suddenly transform into a dominant sparring machine. This is especially common with beginners: there is still so much that seems out of reach. Constantly failing to pass somebody's guard can swiftly become demoralising, so it may feel like a DVD could be a magic key to unlock the secret.

On a related note, it appears that many people prefer to turn to the internet or supplemental material, rather than their instructor (who in my view should always be your first port of call). This may be because some instructors are easier to talk to than others, especially given variations in class size. It is also true that there are plenty of schools with a 'sink or swim' mentality. Due to BJJ's lack of formal structure (a strength in terms of a meritocratic ranking system, but a weakness when it comes to standardisation and a clear syllabus), in some clubs a beginner may go months without learning a basic escape from side control. A well-organised DVD, like Blue Belt Requirements, can help towards providing that structure, as well as filling in the gaps.

There is also the fact that BJJ is incredibly complex, a sport which is constantly developing (except among those seeking preservation rather than evolution). Especially at the higher levels, there are always new ideas and strategies coming into play (I don't want to say 'new techniques' because – barring unfortunate circumstances – we all have two arms and two legs, so seeing as grappling is at least five thousand years old, it's unlikely anything is truly 'new' in that sense), or the resurgence of earlier tactics which had fallen out of favour.

That has been aptly demonstrated this year by the 50/50 guard: not only has there been a DVD set devoted to the position, but also a flurry of YouTube videos, where various camps battled to see who could counter the other's counter first. This is evolution at its best, a technique pressure-tested to force efficacy. Thanks to the rigours of competition, if there is any flaw in the technique, you can be damn sure somebody else is going to find it.

Personally, I use DVDs and books all the time. I think they're a helpful resource, as long as you don't forget to always check technical problems with your instructor first. Ideally, DVDs simply refine what you've already learned in class, rather than an entirely new technique you've never seen outside of the internet. When you've been training a bit longer, a DVD can provide an interesting new perspective, or perhaps a different game to what you're used to (e.g., the dynamic rotational style advocated by Yukinori Sasa on Paraestra Guard). Enjoy your presents, but don't forget, it's drilling in class under qualified supervision that really counts. ;)

I'm off to Wales in a couple of days, so until January: Merry Christmas and a Happy New Year!