Article #13, by Can Sönmez
[For the practical side of competition, such as when to compete, how to prepare, weight cutting, tournament listings etc, go here] 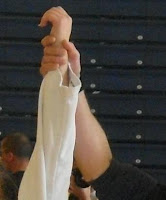 When Jigoro Kano was in the process of developing judo, competition was central to the fledgling style's success. By defeating all-comers, judo established itself as the premier martial art in Japan at the time. Brazilian jiu jitsu, an outgrowth of judo, followed in this tradition. Indeed, you could say that BJJ is the very epitome of competition as a means of expansion: it first came to attention due to the vale tudo exploits of the original Gracie brothers, most famously Hélio. Decades later, his son Rorion created a superlative marketing tool in the form of the UFC, which has led to BJJ's popularity today. MMA and BJJ continue to have a close relationship.

It is therefore unsurprising that competition has remained a staple of BJJ. In many clubs, tournament performance is a significant factor in promotion, which has the dual effect of objectively evaluating a student and simultaneously enhancing an academy's reputation. That has disadvantages, such as the 'sand bagging' phenomenon, but generally it is a positive part of jiu jitsu. There are even some schools where rank is purely predicated on competition record.

At the opposite end of the spectrum, there is the Gracie University online training system, where the Gracie Academy in Torrance loudly denounces competition as unrealistic. Given their history, this is unsurprising, and at first it seems a logical argument.

However, numerous other styles have hidden behind the "self defence, not a sport" excuse, to their great detriment. By removing competition, a martial art stagnates, as techniques are no longer pressure tested. Instead of empirical data, students are left with their instructor's anecdotes, and training steadily degenerates into compliant drilling and dead movements.

Full contact competition sustains a martial art's vitality and efficacy: fortunately, BJJers generally treasure tournaments. Instructors will often list their personal competitive accomplishments on the school website, where it is treated as a selling point. A gleaming pile of trophies makes for effective advertising.

Yet this comes with its own problems: it can also mean that a black belt scalp is highly prized. As Dave Jacobs discussed on The Underground and NHBGear, higher belts can be put off competing as a result. Particularly when competing against lower ranks, it is arguable that a black belt running a school has nothing to gain, but everything to lose.

Due to the inclusion of a ranking system, competition has an added importance. It is seen as the litmus test, proving to both yourself and anyone who asks that you are indisputably worthy of your belt. For an instructor, it enables them to claim they can prepare others to enter the arena, because they can prove they know what it takes to succeed in that environment.

BJJ is unusual in the sporting world in that the most prestigious competitions, such as the Mundials and Europeans, are open to everyone, not just elite athletes. There is no qualification requirement beyond the often expensive entry fee, which means the only barriers to competition are cost and inclination.

Hobbyists like me can take solace in teachers such as John Danaher. He has never competed, but is nevertheless widely regarded as one of the best jiu jitsu instructors in the world. The paradox is that BJJ could not survive if everyone took the same approach as Danaher.

There is nothing wrong with not competing, but that luxury is only available because of the many who do compete. Without them, BJJ would become debased into yet another martial art with meaningless rank, populated by ten-year olds wearing black belts. Gaining rank in BJJ is currently a long road filled with sweat, years of mat time and tapping: I'd hate to see that change to rapid promotion, grading fees and kata.